It was time to leave Chicago. I really enjoyed the city (whatever little I saw of it), so I will definitely be back at some point. I woke earlier than I should have, but this allowed me to methodically pack my things together (travelling is a bitch), shower and get to the airport in time. The trip was astonishingly uneventful.

Robert came to pick me up at the Orlando airport. Then we went straight to help out his coworker, whose car wouldn’t start, even when we tried to hook it up to Roberts car battery. So we took her to the office. Robert had to wrap up some stuff as well. Later the night we pretty much just hung out at his new apartment. I got to meet his girlfriend Theresa, his room mate Tinsel and his brother. Yeah, Robert organized a real welcoming party for me! We watched pop punk videos, ate a lot of snacks and that was it. There was a show that night in Orlando, and we had planed to go see it, but that just never happened.

We all tried to sleep in. I did laundry. I napped. It was a real slow day. The weird transitional day between Chicago and Fest. We finally moved our asses to the Dollar store to buy some props for the Fest Photo Booth, before we went to the other Orlando Pre-Show. It wasn’t even one show, it was two shows, that somehow got merged together. How many bands were there? Like 12 total? I got to see only a couple. Chumped and Mikey Erg. Dikembe, Teen Agers and few more. Also met some people, everyone is meeting up in Florida now for the week of Fest. We didn’t stay till the very end, cause we had to make the drive to Tampa. Around 2 am we finally checked into our Tampa hotel. Oh, we had a passenger with us: Mikey Erg came with us, cause he was headed to Tampa just like we were.

I took a handful of photos that day, but the only one with any redeeming value is this really adorable one I took of Mikey and Sam: 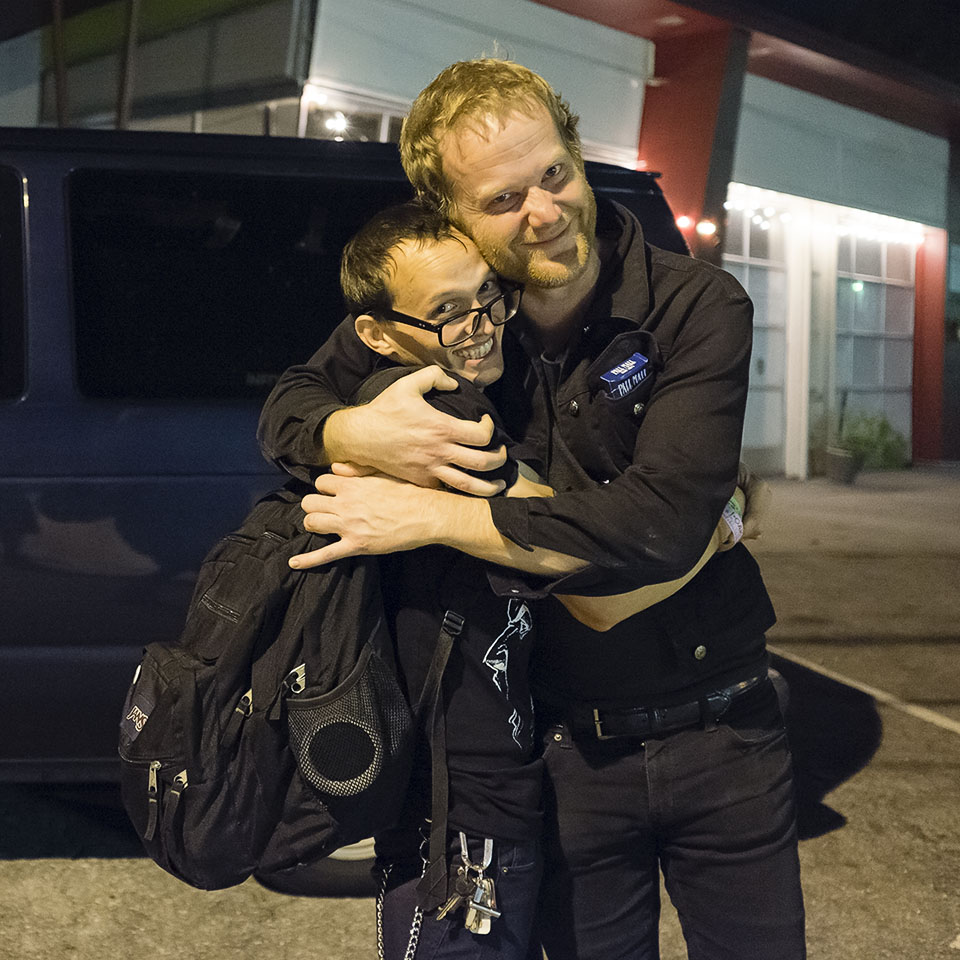