I’ve counted: This is my 12th trip to America, so this was is my 23rd flight across the Atlantic. It had all the usual problems, the hassle with security, the long hours, airline food. But overall I have to admit it was one of the better trips. Mainly because the plane was not full, so I was able to snatch up an entire row of seats for myself. Big win! Also immigration was fast and flawless. They now have automated kiosks even if you enter with ESTA. And there was practically no waiting time. Just for the record I like to point out that Berlin-Tegel is a shit piece of an airport though.

Technically I had landed in Chicago before, but had just connected to Canada, so taking the subway was my first time entering the city. Subway did its job and then Blake came to pick me up at the stop. And he did it with style! I see a guy coming up, riding a skateboard, wearing a leather jacket. Can’t argue with that! So we went to his place, settled in. Then I went to a T-mobile store to get myself an American phone card. It took a bit longer than I thought, but they played Green Day in the store. (If you want to hit me up: 17737390334)

Blake told me that the Chicago Art Institute is free for local residents on Thursday afternoons. It just so happens that he is a local and that it is Thursday afternoon. And with my brand new Chicago area cell number, it felt justified to use this. We met two of his friends and went downtown. Here’s a photo I took of us at the Bean. This giant silver object in Millennium park. I think it needs some cleaning. 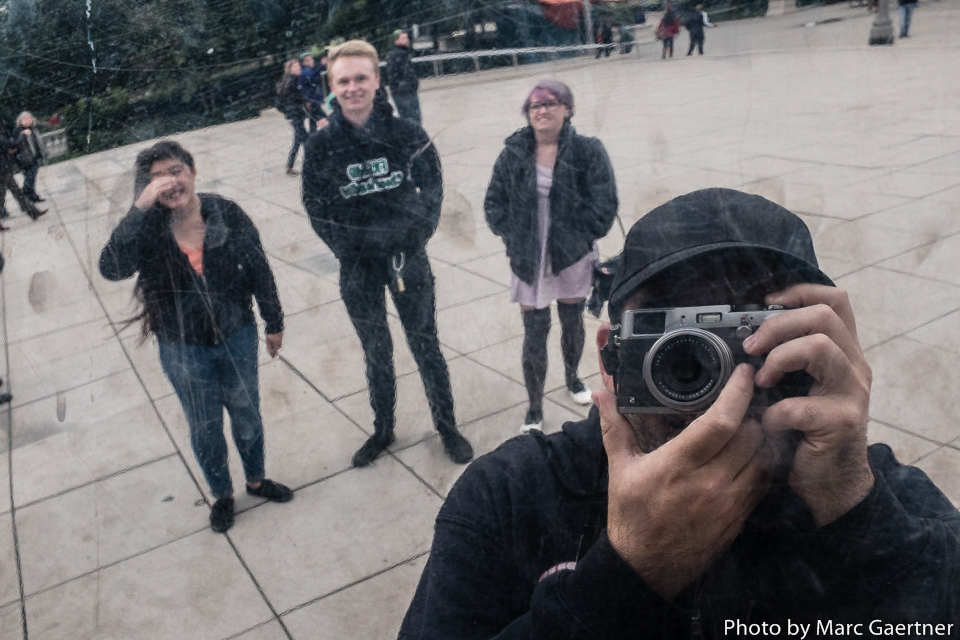 The Art Institute is huge! We spent a couple hours in there, and I didn’t even scratch parts of it. Lots of modern stuff, lots of old stuff, and from all over the planet. We really enjoyed this installation. (Jesús Rafael Soto: Pénétrable de Chicago) Its a room full of nylon tubes hanging from the ceiling. Like giant spaghetti. And you can walk around in it. 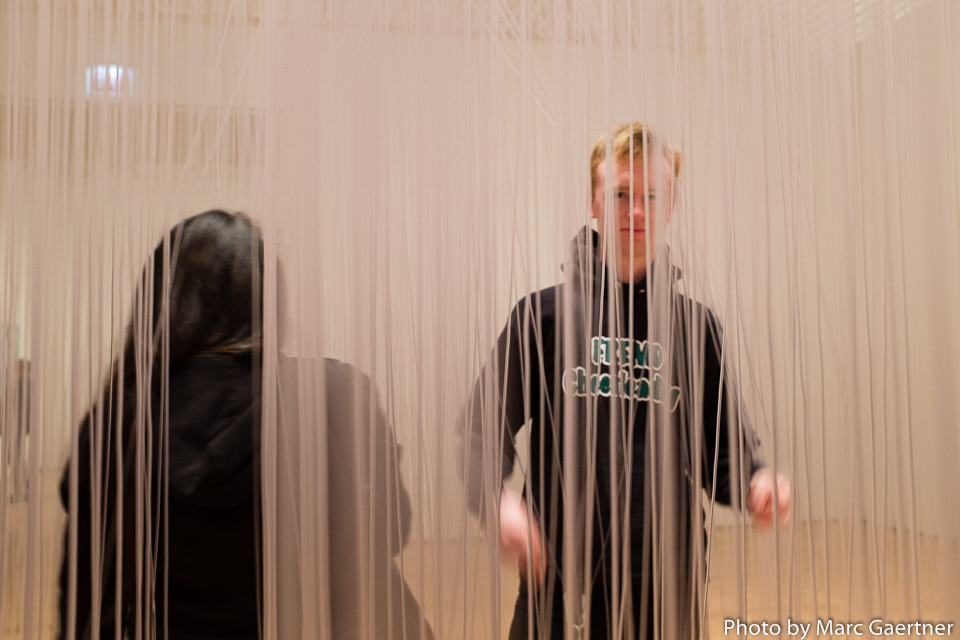 After a couple hours I got really tired though, and getting an overload of art didn’t help with that. Was any art ever created on the merit of jetlag alone? So we decided to head home. I fell asleep early by like 10pm?

I woke up a little early, but felt rested. I’ve had worse jetlag before, so this was just fine. The weather was just marvelous. Clear sky, decent temperature, felt very nice. So I decided to go for a run. I’ve started running again in the summer. Usually a trip like this would be the end of continuous workouts. But this time I wanted to do it differently and so I packed my running shoes and shirt. Blakes house is close to Humboldt Park so I chose this as my running location. The park is nice, but also rather insignificant I found. And just by running a couple kilometers I think I saw almost all of it. My running app wanted me to run longer and faster, but I blame the jetlag for not doing so. Still this was a good thing. 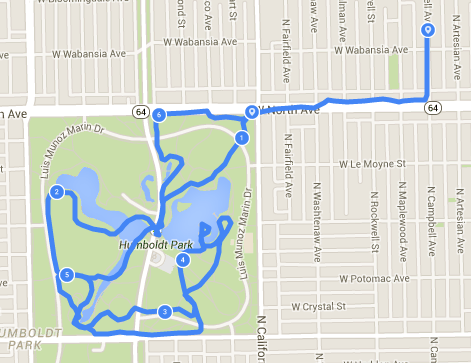 After breakfast, a shower and a nap it was time to head into the city. The blue line took me to the loop and I visited the Museum of Centemporary Photography. Now the MOPC is a rather small place. Just three floors, so there was only one exhibition. I liked it though. It was some sort of music photography actually! The exhibition was free and that is really all you ask for. There was even a picture of an Riverdales record in there!

Then I walked along Michigan Avenue, all the way to the Hancock building. Including the Magnificent Mile shopping area. Again I like to point out how nice the weather was for this. I have to say, I like Chicago quite a lot. It seems like a big city done right, not such a mess like New York. But this is just me talking after being here a couple hours, so don’t take it too serious.

I went to the observation platform at the Hancock building. The fee was 18$, but there were no lines whatsoever. It took a mere couple minutes from the entrance in the basement to the 94th floor. Although I’ve visited cities with observation platforms before, I have never done this. Never went to the Empire State building or the CN Tower in Toronto. This time I gave it a try. I wasn’t disappointed. The view was marvelous, the place spacious, you could get information about the sights and I saw the sun set as well. The view north along the shore was the best. And it was interesting to see how the lights came up one after one as the sun went down. 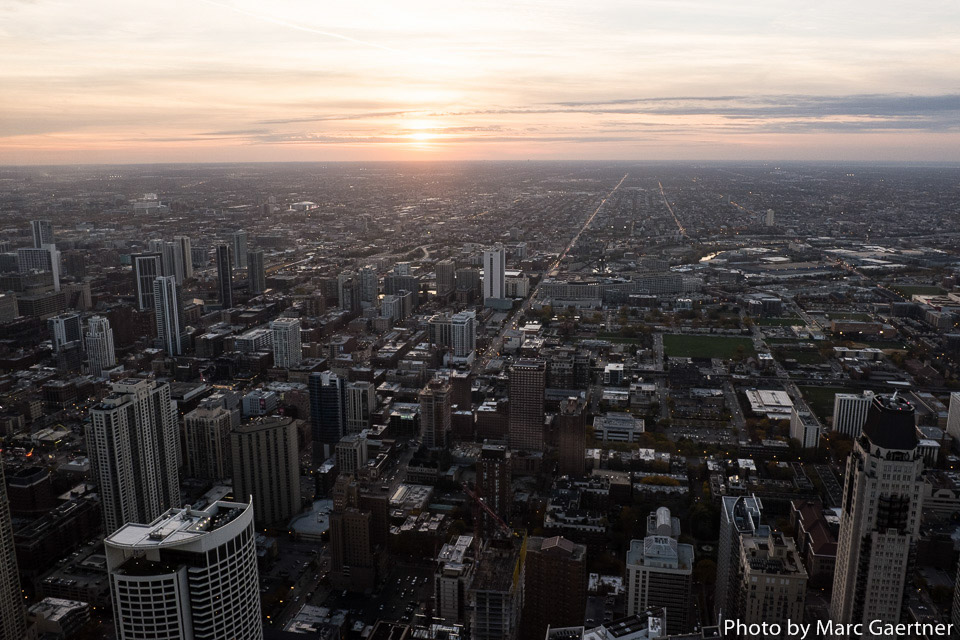 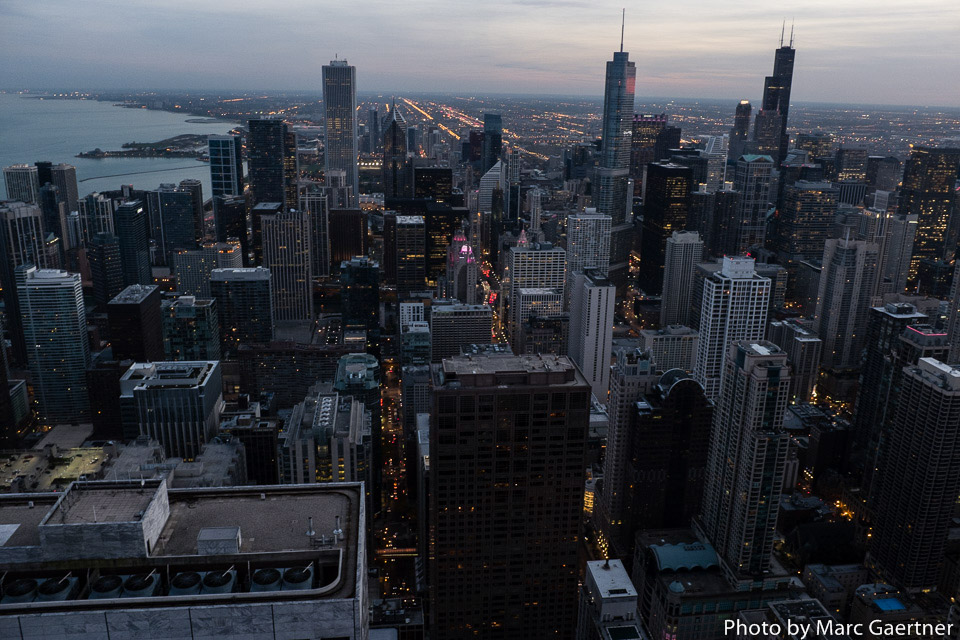 It was dinner time. I found this article about a place that serves all kinds of fries. I tried the regular and the old fries. Although I love my fries very well done, the old fries didn’t really live up to the hype. But it was a very filling meal.

Finally it was time to see some music. Stop that touristy shit! I went to the Gman Tavern for the opening event of the Red Scare anniversary weekend. Just a couple guys playing acoustic, but I think I went even more for the people and to hang around. Thats how it went down. Within minutes I saw familiar faces from places like Germany (duh), Italy, the UK and Russia. I was identified by wearing my hoodie (apparently there were only three of these ever made, so when somebody spotted it, she texted the guy who made it, he said it has to be me.) That’s some weird NSA shit right there. I managed to miss the Jay Nothington set, he seems to have played really short. Suddenly the guys from Teenage Bottlerocket show up. Looks like they came straigth from the airport. Baggage tags still on their stuff. Ray Bottlerocket was a special guest and played a couple tunes. That was nice. Good turnout I think, lots of people I know. That’s how to start a weekend. 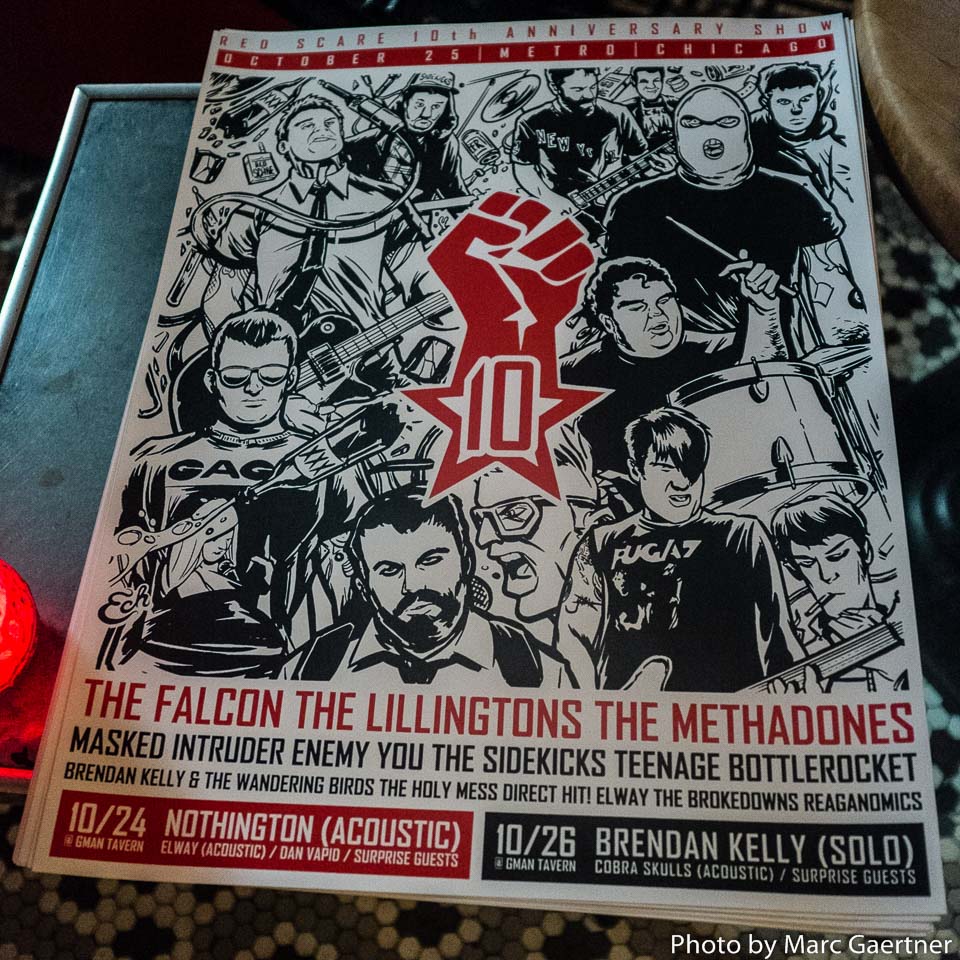 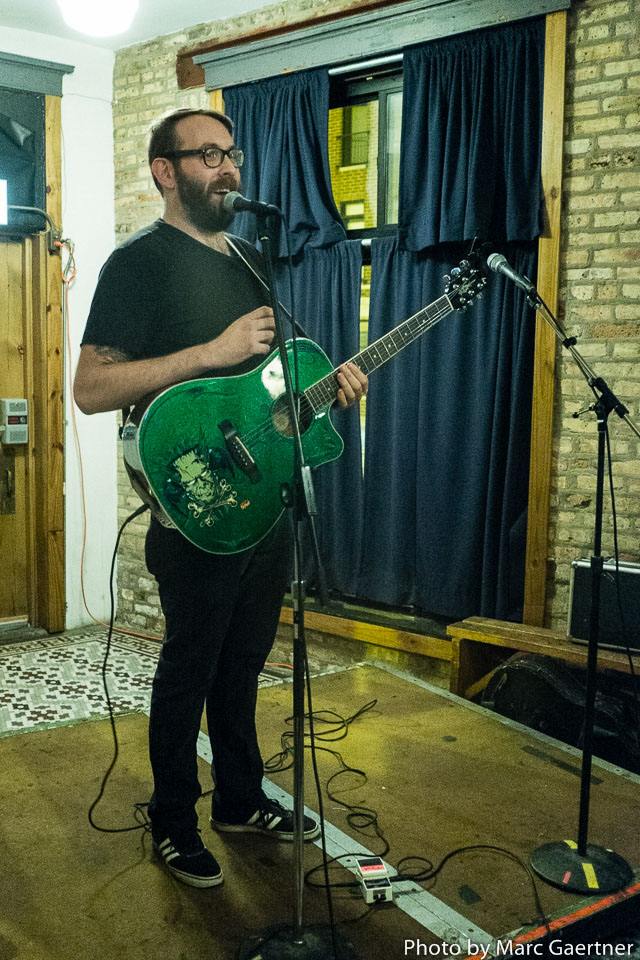 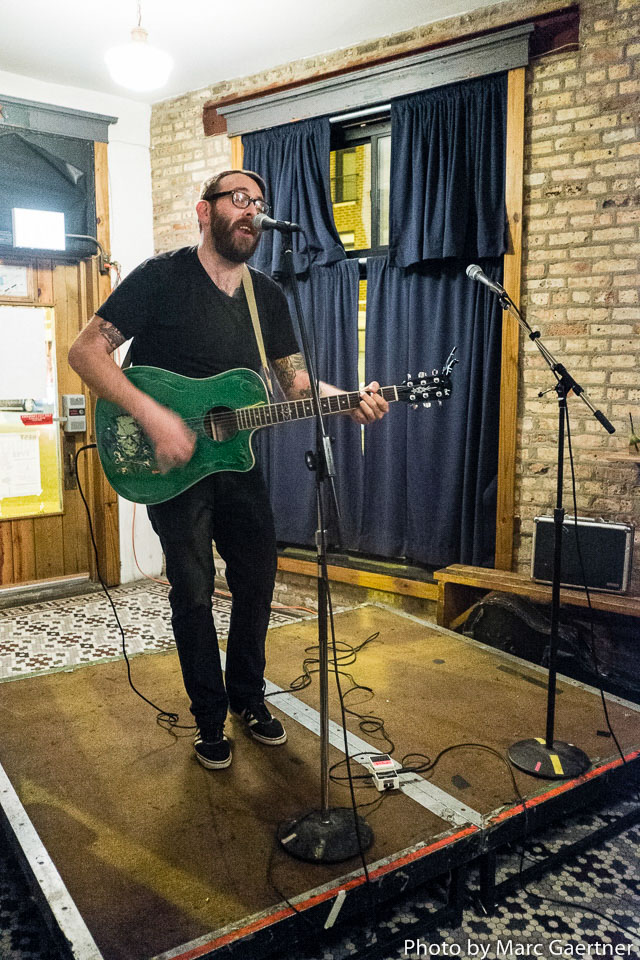 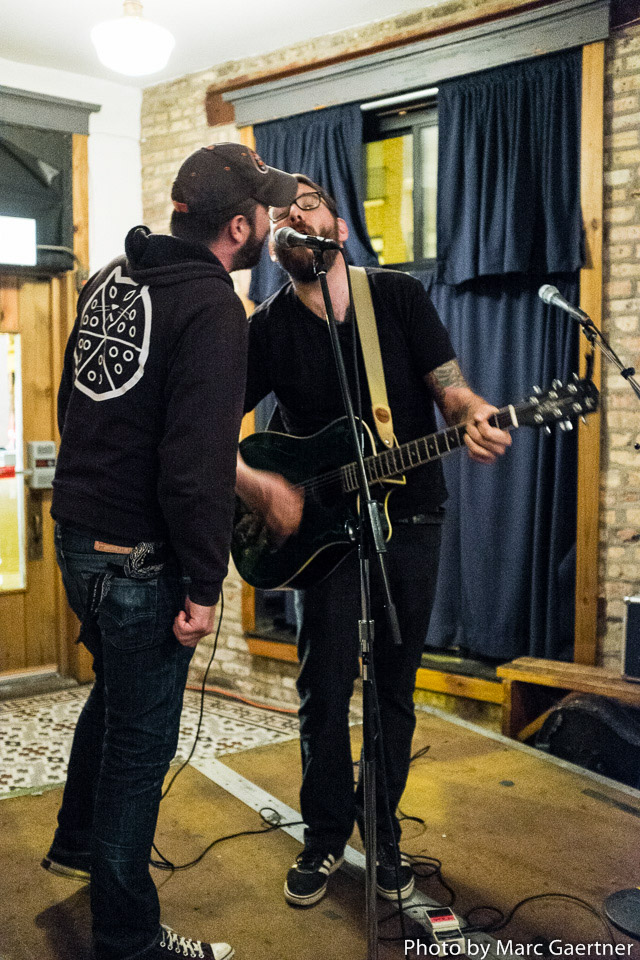 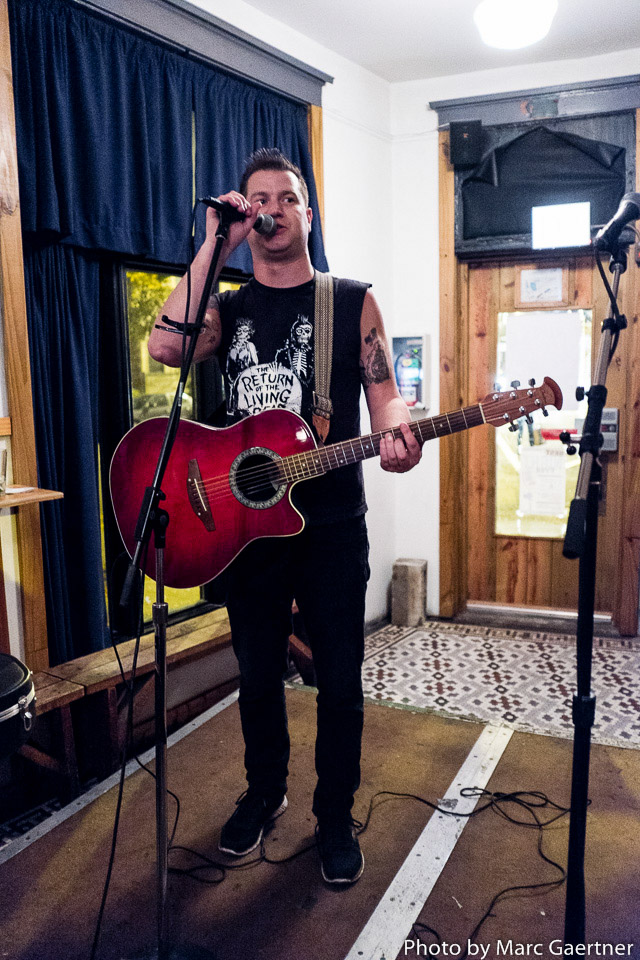 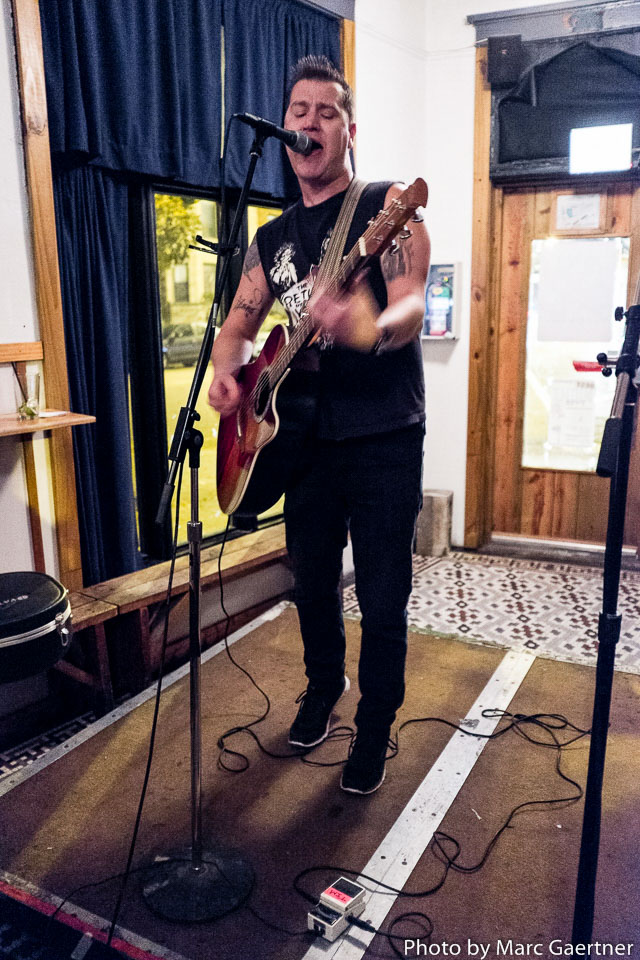 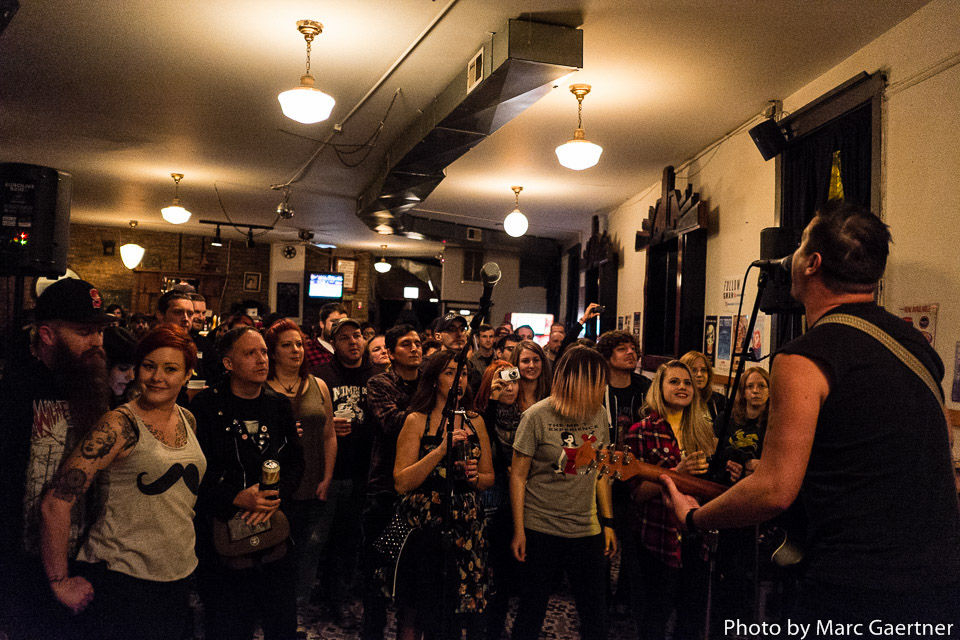 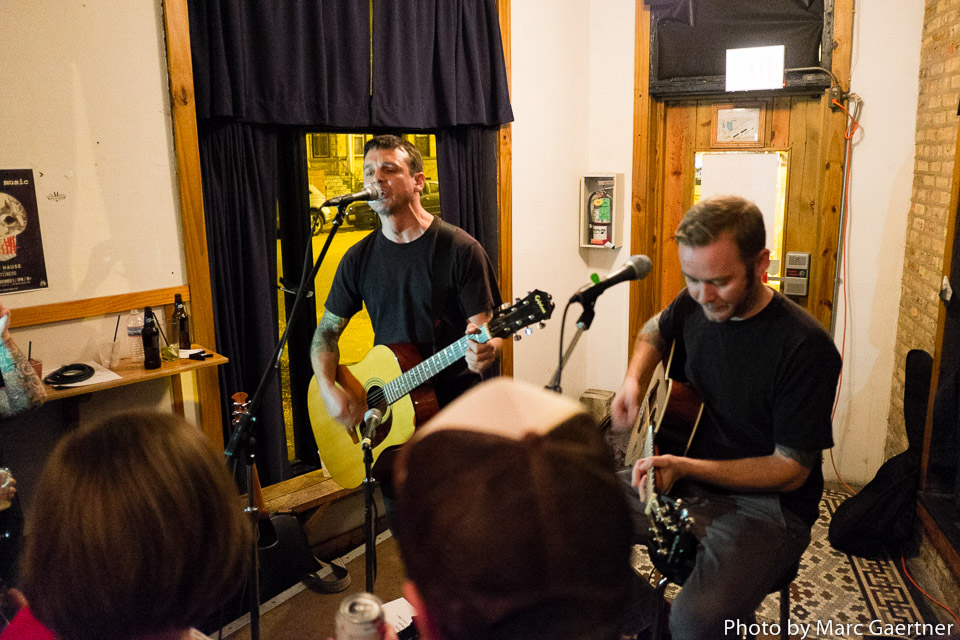 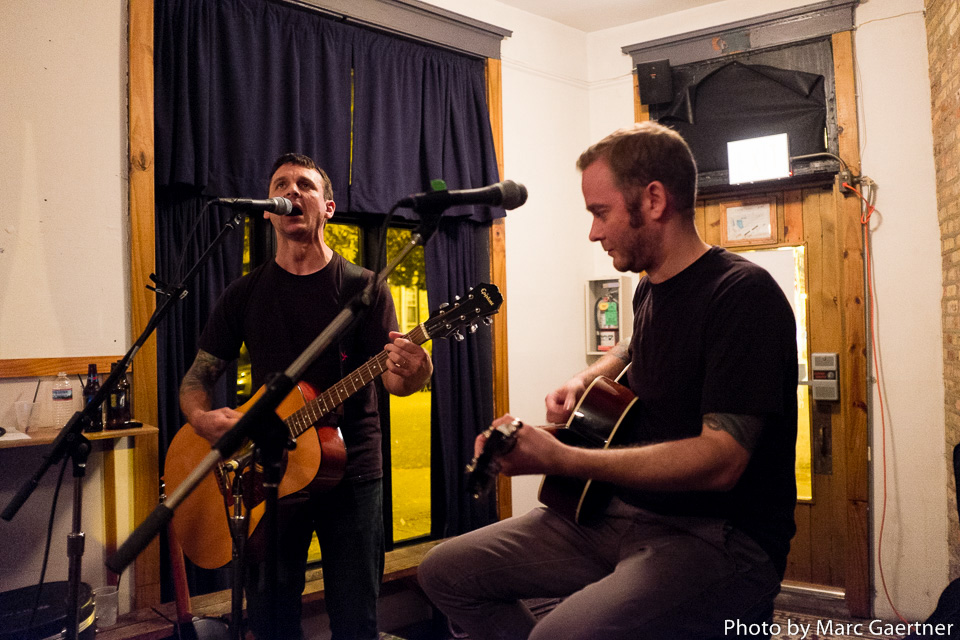 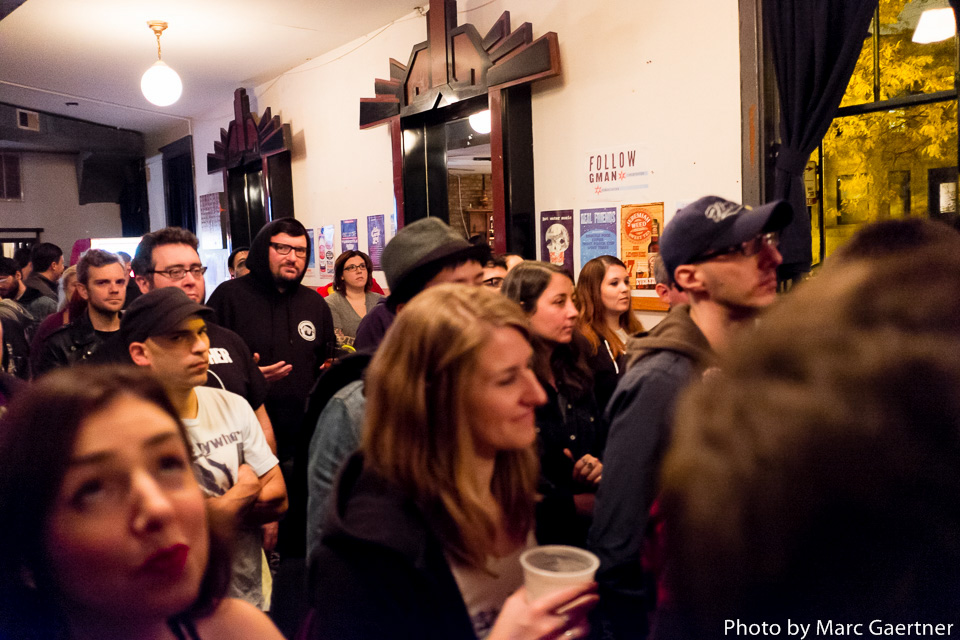